We know by now that the housing inventory is the root of all evil, blamed for home sales that aren't quite where they should be, the steady erosion of the homeownership rate, rising home prices, and rising rents.

One factor underlying the current tight supply of homes is the lack of single-family construction, especially in the lower cost tiers. David Randall, writing for Reuters, reported this week that this may be less a housing than an employment issue. An estimated 30% of construction workers left the industry after the housing crash and many apparently have no plans on returning to what has historically been a volatile industry. The National Association of Home Builders (NAHB) estimates there are now 200,000 unfilled construction jobs in the US, up 81% in two years. The dearth of electricians and carpenters is particularly acute.

Because of this shortage, home building is trailing demand and slowing the economy while rising building labor costs are forcing builders to exit the starter home market in order to maintain their profit margins. NAHB says the average construction cost of a single-family home has risen 13.7% while the total cost including land and marketing is up only 2.9%. Builders in many areas are turning away work and lawsuits are beginning to plague builders who fail to meet contractual deadlines.

And speaking of employment, the recent Bureau of Labor Statistics' August Employment Situation Report while not bad, further dampened expectations that the Fed will move ahead with a rate hike this month. The economy created 151,000 new jobs in August (analysts were expecting 175,000) and unemployment remained at 4.9%.

A recent SurveyMonkey poll found that 19% of people who bought a house in the last year put in an offer without first seeing the place. Buyers of high-end homes were even more likely to take a blind plunge; 39% of those buying homes priced over $750,000 bought first; looked later.

People who are relocating from afar often have no choice but to offer and even close on the sale before actually walking through the front door, and it is somewhat common for investors and those buying at foreclosure to do so. But offer deadlines and competition from other buyers are driving more and more people to rely on MLS descriptions and pictures, on-line videos and a trusted agent rather than actual showings.

Mortgage rates eased back a bit this week. If you are still thinking about buying or refinancing, this would be a good time to give me a call. 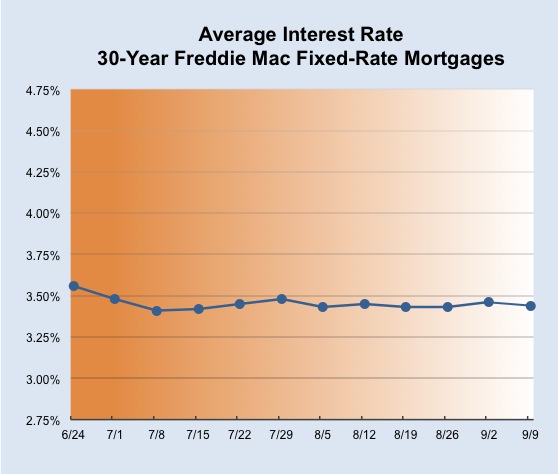