Waiting on the Fed Again

The markets were expecting that the week's big news would be Federal Reserve Chair Janet Yellin's speech on Friday, but it came and went without much of a stir. Yellin reiterated that the Fed continues to watch key economic numbers as they come in; and that, "In light of the continued solid performance of the labor market and our outlook for economic activity and inflation, I believe the case of an increase in the federal funds rate has strengthened in recent months." But she didn't say the magic words many were waiting for: just when such an increase will happen.

So economists went back to waiting for the next big news–Friday's report on August jobs.

Pending home sales were better than expected, rising 1.3% from June to make July the second best month, trailing only last April, since 2006. The Pending Home Sale Index had been expected to gain only 0.6% with some analysts even predicted in would fall nearly 2 percentage points month over month.

Black Knight Financial Services and S&P CoreLogic Case-Shiller came in with the last of the four major home price indices for July. While the four had a wide range of estimates of the monthly changes, they were in relatively close agreement on the year-over-year appreciation, ranging from 5.1% to 5.7%.

Fannie Mae and Freddie Mac gave early notice recently about a couple of upcoming changes. First, along with FHA and the VA, they have drafted the first changes in the Uniform Residential Mortgage Application in more than two decades. The new application won't come on line for more than a year but it is hoped it will be more efficient for both lenders and consumers. It will also allow for additional information such as email addresses and mobile phone numbers. After all it is the 21st Century.

The second announcement was of a new refinance product designed for borrowers with high loan to value ratios that preclude other loans. Income, asset, and employment verifications are streamlined and there is no minimum FICO score or maximum debt-to-income ratio as long as other eligibility criteria are met. The new loans will be available in October 2017 and are designed to replace the HARP program. Those loans, originally due to disappear at the end of this year, have been extended until September 30, 2017 to provide a bridge. Ask me about the details. 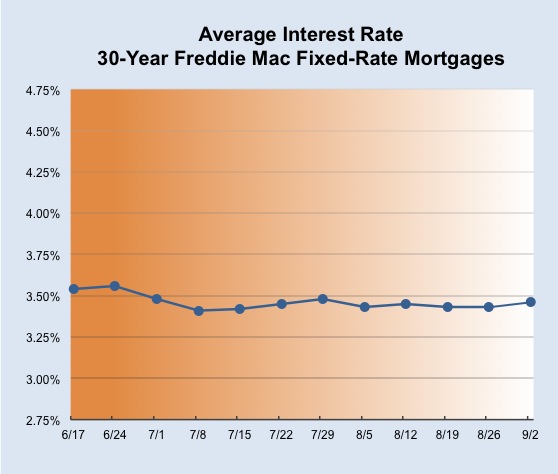