On the Other Hand

Freddie Mac's economists have lowered interest rate projections for the second month in a row, cutting 10 basis points (bps) off of their 10-year Treasury note projections for this year and 30 bps for next year bringing the averages to 1.8% and 2.1% respectively. This was on top of a 40 bps cut in each last month. They left this year's average for 30-year fixed-rate mortgages at 3.6% (following a downgrade from 3.9% last month) but knocked another 30 bps off of the 2017 estimate, bringing it to 3.7%.

But then William Dudley, President of the Federal Reserve Bank of New York told Fox News it might be time for a rate hike. Dudley, who serves as vice chairman of the Federal Open Market Committee (FOMC), said investors are underestimating the odds of this happening, perhaps as early as FOMC's September meeting. Further, while investors also anticipate no more than one increase this year, he called that too low; stronger growth in the second half of the year would support higher borrowing costs, he said.

Granted, Freddie Mac's economists are talking long-term and the Federal Reserve's Dudley about very short term rates, but neither operates in a vacuum.

New home construction continues to continue, but that's about it. The July numbers were lack-luster but slightly better than those in June when both housing permits and housing starts were below their year-earlier pace. Permits were down fractionally from June but managed to eke out a 0.9% increase year-over-year after falling behind on that measure by double digits in both May and June. Housing starts gained 2.1% from June and were up 5.6% from the previous July after a June-to-June deficit of 2.0%.

The housing construction numbers are confounding. They remain well below pre-crash levels and builder sentiment as measured by the National Association of Home Builders Housing Market Index this week remained stuck in the narrow three-point range (58-61) it has occupied since late last year. Realtors and economists alike are bemoaning the tight inventories of available homes, while potential buyers are discouraged by the effect of tight inventories on prices, yet builders appear to retain some discomfort with the sales outlook.

Or maybe they are all too busy renovating. NPR reports skyrocketing spending on kitchen and bath remodels and other home fix-ups. They estimate about $324 billion will be spent on remodeling this year, about $40 billion more than was spent during the boom year of 2006. The price tag would be even higher, they report, except there aren't enough tradespeople to meet the demand.

NPR says the remodeling boom is being stoked by rising home values and the low interest rates on home equity loans. Homeowners are also feeling better about spending money. 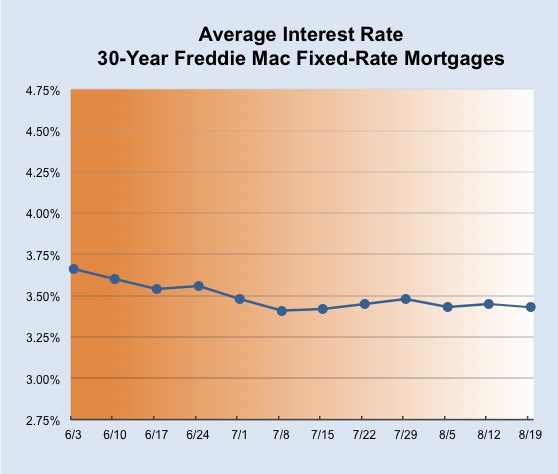