And the word of the week is…. Optimism!

The Employment Situation report and a second less well known jobs index both came up roses while a consumer survey revealed an unexpected burst of confidence about housing, the economy, and consumers' personal finances.

The employment numbers showed that the June recovery from a staggeringly bad May held in July with 255,000 non-farm jobs created, 75,000 more than analysts had expected. The June number was also revised up to 292,000 from 287,000 and the report's other metrics were also positive. The participation rate ticked up a tenth of a point, as did the workweek, its first move in seven months. Hourly wages rose by 0.3%.

The JOLTs (Job Openings and Labor Turnover) report for June posted a 2.0% increase in job openings to 5.624 million. The layoff rate dipped 10 basis points to 1.1%.

Econoday said of the employment report, "Slack is diminishing in the labor market and the pop higher in earnings could be a sign of things to come." There is always a downside of course, and Econoday continued, "The hawks will come out of hiding following this report which definitely brings alive expectations for a rate hike at the September FOMC."

Some of the labor market happy talk seems to be rubbing off on consumers. Fannie Mae's Home Purchase Sentiment Index (HPSI) jumped to the highest level in the five-year history of the National Housing Survey on which it is based, rising 3.3 points in July to 86.5. Responses to six of the more than 100 survey questions are used to construct the index and all were higher in July. The greatest gains were the numbers of respondents who expect home prices to rise (up 8 points) and those thinking mortgages rates will fall (a 5-point gain.)

More consumers think it is both a good time to buy a home and a good time to sell; the latter was up 18 points since last year. Also rising was confidence in job stability; and while the number is still small, those reporting increases in household income.

One survey question that doesn't weigh into the HPSI calculation is whether respondents (both buyers and renters) plan to buy or rent their next home. Buying moved up 4 points to 67% while rent was down 5 points to a survey low. Fannie Mae VP Doug Duncan said they could mean that younger households may finally be shifting toward buying rather than renting in greater numbers. 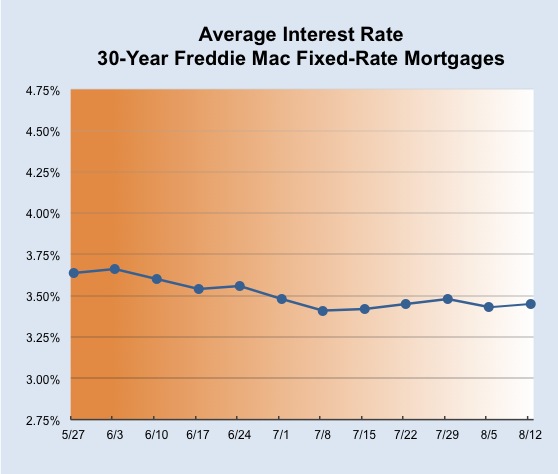