Sales of existing homes improved on a year-over-year basis for the 52nd consecutive month in June, rising 1.1% to a seasonally adjusted annual rate of 5.57 million, the fastest rate of sales since February 2007. The annual gain was 3.0%.

Good numbers for sure, but the National Association of Realtors (NAR) was even happier to report that the share of first-time homebuyers jumped 3.0 points in June to the highest level in four years. The lack of first-timers has been a serious concern, and while a 33% market share is still way off the 40% or so historic average, it was certainly an improvement over the 30% average all of last year and the 31% average so far in 2016.

It is sometimes interesting to measure perception against reality. For example, how new home builders see their market may figure in what they decide to do about it. The first is reported on through the Housing Market Index, the HMI, from the National Home Builders Association. We get a clue to the second through the Census Bureau's data on residential construction. That the two are usually published only a few days apart makes it more interesting.

The HMI this month indicates that builders' minds are made up about the market. The index has been roving within a four-point range for more than six months as builders fail to see either a solid market or sufficient buyer traffic right now but continue to think such will emerge in, oh about six months.

Coincidence or not, residential construction numbers are similarly stuck. The Census Bureau says both housing permits and housing starts for June were running behind those of a year earlier, the second month in a row that permits have lagged.

The third Census metric, housing completions, is not widely reported by the media, probably because the numbers are pretty well baked into permits and starts, which are leading indicators. But it is worth noting housing units were finished in June at a rate that outstripped May by 12.3% and increased more than 18% from a year earlier. Good news for inventories and for those in the market for a newly completed home. 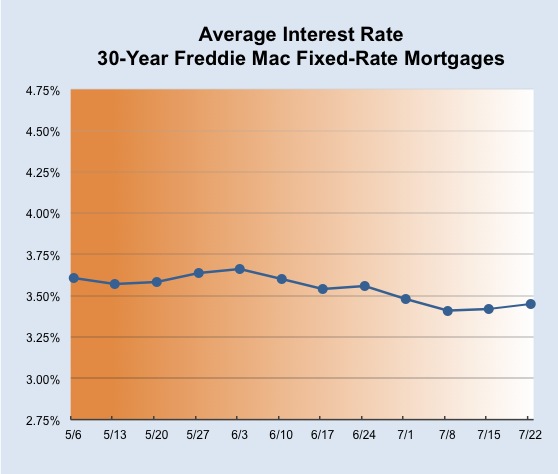