Housing starts, which had fallen in both December and January, recovered nicely last month, rising 5.2%. The Census Bureau said it also found that the January number wasn't nearly as bad as originally thought. All told, starts are back to November 2015 levels. The single-family sector was especially strong; up 7.2% for the month and running more than a third higher than last year.

The news was not as good for construction permits. As a forward looking indicator that number is considered the more important of the two residential indicators. It was off 3.1% from January and is running only a little more than 6% ahead of last year. Single-family permits eked out a fractional gain but the multi-family sector, which has been a headliner until recently, was down more than 9% and is running nearly 10% behind year-ago figures.

The National Association of Realtors' (NAR's) 2016 Home Buyer and Seller Generational Trends Study reports the Millennial Generation (under age 35) is finally discovering homeownership. They were the largest group buying in 2015 with a 35% share of all home sales, up from to 32% in 2014 and more than the combined total of older and younger Boomers (ages 51-69)–31%, Gen X (ages 36-50)–26%, or the Silent Generation (over age 70)–9% of homes.

Millennials are also following their predecessors to the suburbs. The numbers buying in urban or central city areas fell 4 percentage points from a year earlier to 17% and the number buying a multifamily home dropped from 15 to 10%. Their housing choices echo those of Generation X, two cohorts of Boomers, and the Silent Generation.

CoreLogic says the recent unease in the stock market has reinforced the connection between it and the sale of high-end houses. The company said the powerful "wealth effects" generated by Wall Street's rapid rise between 2009 and 2015 drove a large increase in the sales of homes priced over $1 million. "As the stock market swooned in recent months," the company says, so did sales of those homes.

The equities market has been recovering recently so, what is the outlook for pricey homes? CoreLogic says that will depend not only on the equities market but on inventories and they appear to be rising. This could have a dampening effect, at least on prices.

Finally, the Federal Open Markets Committee (FOMC) voted nine to one to maintain the federal funds target range at 1/4 to 1/2 percent. The Committee's statement gave no particular guidance about the next rate hike, merely repeating its mantra about monitoring economic conditions closely. 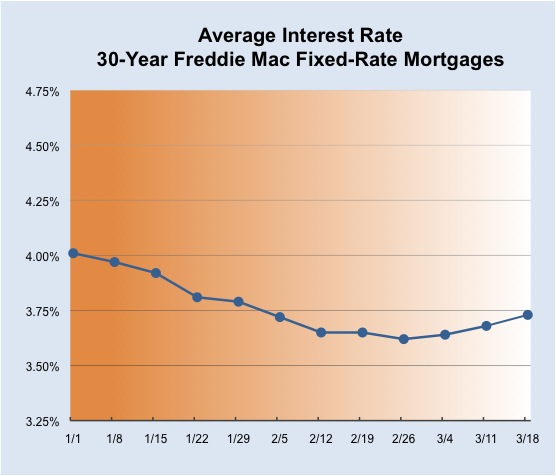