Although interest rates appear to have reversed direction and are headed back up (and yes, we have said this before) Black Knight Financial Services put some real world meaning to that unexpected New Year gift of declining rates. The company estimates that the six-week 30 basis point drop potentially increased the number of homeowners with an incentive and ability to refinance from 5.2 million at the end of 2015 to 6.7 million.

The "refinanceable" population consists mainly of people with current interest rates above 4.5 percent and Black Knight estimates that 3.5 million of them could save over $200 on their mortgage payment each month; one million of those could see savings over $400. That would be an aggregate savings nationwide of $1.67 billion a month. Now that would be an economic stimulus!

Further, if rates were to fall another 15 basis points (to 3.50%) it would add another 2.5 million borrowers into that refinanceable population.

Oil prices seem to have found firmer footing. They are now bouncing just above and below the $40 per barrel mark rather than in the low $30 range of a few weeks back. According to the U.S. Energy Information Administration stockpiles of oil are still at record highs but demand for gasoline is improving. Over the last four weeks, demand has been 7% higher than during the same period in 2015.

With oil more stable, the stock market has quietly been regaining lost ground. The Dow is up over 1,000 points since mid-February, although still substantially below December's near 18,000 level.

Jobs news for the week was mostly lollipops and roses. New jobs were created in February at a much higher rate than anticipated; 242,000 compared to analysts' predictions of 160,000 to 217,000. It was the 65th straight month of job growth.

The revision of the January job numbers was also sweet. Another 30,000 jobs were added to bring the total to 171,000.

The unemployment rate remained at 4.9% in February but that was good news as well, resulting as it did from more people entering or perhaps returning to the workforce. The participation rate ticked up by two-tenths of a percent to 62.9%. A second report on last week's applications for unemployment added to the rosy picture as they declined to the lowest level since October. 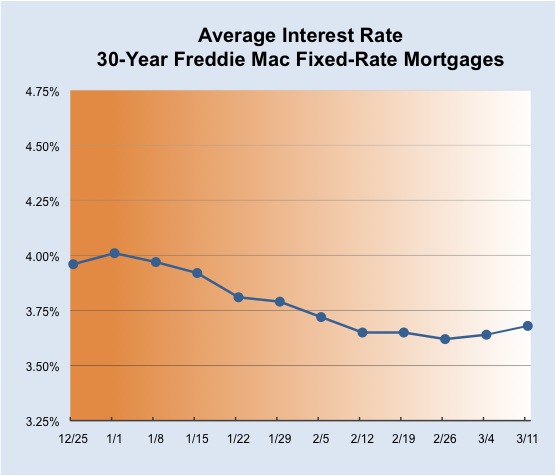