Piggy Banks Are Back

Last week ended with an absolute blow-out of a jobs report. Newly created jobs for the month of December came in at 292,000–nearly 30% over the 200,000 that the majority of Econoday analysts had predicted.

Adding to that good news was a significant upward revision in the November numbers–from 211,000 new jobs to 252,000–and another 9,000 jobs tacked on to the October report. The Labor Department also noted an increase of 34,000 temporary jobs. This number is considered to be an especially sensitive barometer of future hiring.

Investors were probably more than happy to see an end to the first full week of 2016, the worst opening week in stock market history. Oil prices fell, the Chinese stock market plunged on Monday and did it again Thursday; North Korea tested a bomb of some sort, and Saudi Arabia and Iran fell even further out of love. The unremitting bad news left the Dow and the S&P 500 down around 6% and the Nasdaq even further down from where it had started the year. The markets dropped another 2% this Wednesday and at this writing some analysts are speculating about an official "correction."

There was little hard housing data (by which we mean none) but there are always interesting reports from somewhere. This week it was a report from Black Knight Financial Services about refinancing and Home Equity Lines of Credit (HELOCs).

After plunging home prices left many homeowners without equity, refinancing over the last five or six years was mainly about locking in lower rates. In the last year however, cash-out refinancing has come back. Freddie Mac says one-third of refinances in 2015 through the third quarter were into loans at least 5% larger than the loans replaced, up from a quarter during the same period in 2014 and the share has grown every quarter. Now Black Knight notes that HELOCs are also making a comeback, up 35% for the first 11 months of 2015 compared to the previous year.

Some might be alarmed about a return to the concept of homes as piggy banks but both borrowers and lenders seem to be doing it cautiously. The report notes that combined loan-to-value ratios average 66%, 10 points lower than before the crash and 70% of FICO scores exceed 760. Also, while homeowners are signing up for historically large lines of credit, utilization remains low. In other words, while they could borrow a lot of money, so far they haven't. 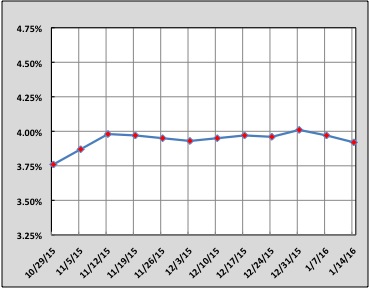